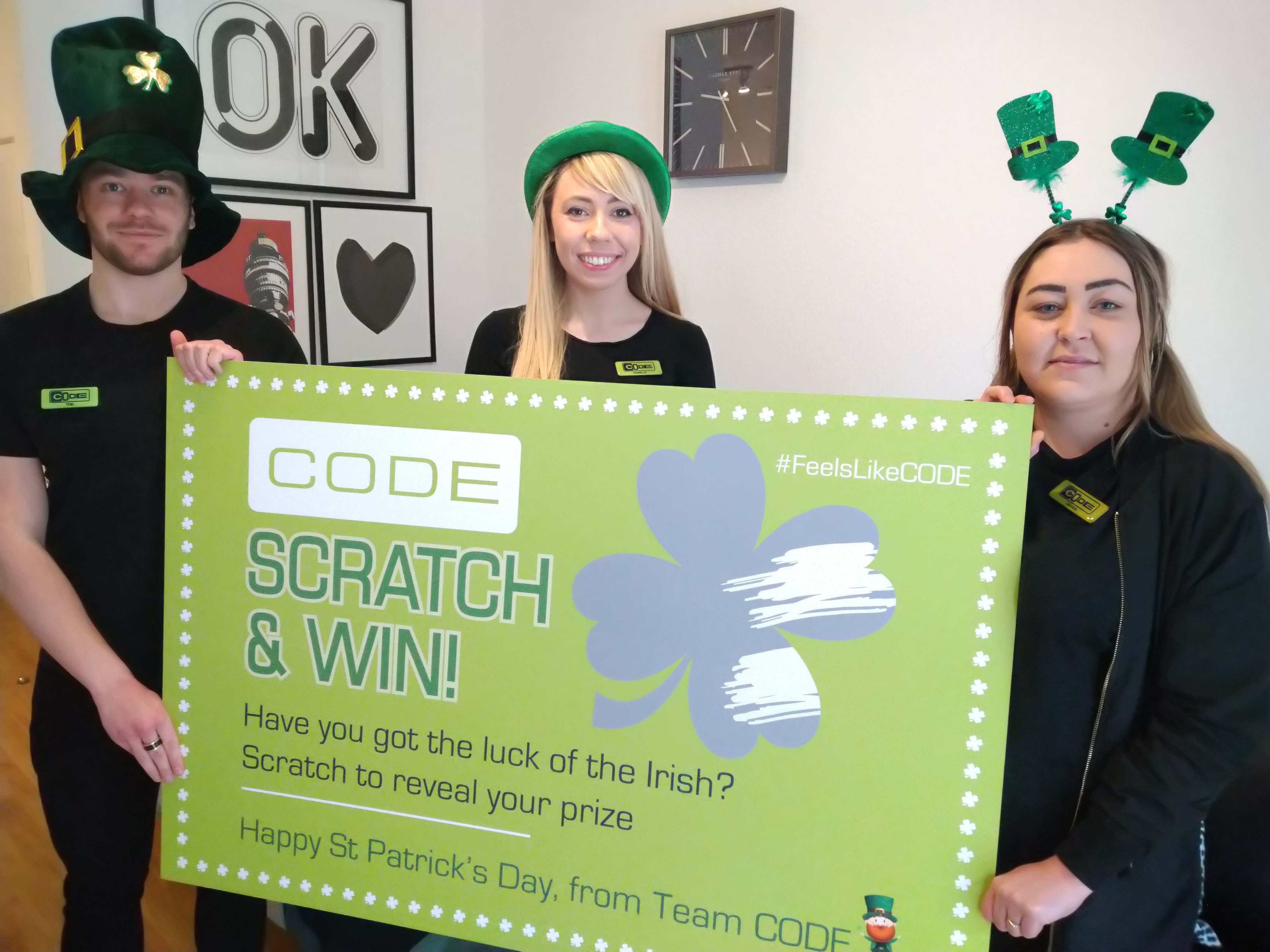 We are theming our Grab n Go event to give you some Irish themed goodies including, Irish Coffee, chocolate coins and CODE scratch cards.

People often associate Ireland with Guinness, Shamrocks and ‘the luck of the Irish’. This Irish phrase, used liberally around St. Patrick’s Day or speaking about sports teams such as the Boston Celtics and the Notre Dame Fighting Irish, actually has a surprising history. During the gold and silver rush years in the 19th century a number of successful miners were Irish, or Irish America, so over time the association with the Irish mining fortunes led to the expression ‘the luck of the Irish’

St Patrick is the patron saint of Ireland, and who brought the religion of Christianity to Ireland. The date is thought to be the date he died in the 5th century. However, the celebration didn’t start until the 17th century when the Vatican decided to recognise the date. Lots of countries outside of Northern Ireland and the Republic of Ireland celebrate the holiday, for example:

Chicago, USA famously dyes the river that runs through the city bright green to highlight the day along with a parade – https://twitter.com/marcusleshock/status/1107070023716216832?s=20

Sydney, Australia host a large parade which ends at an Irish themed village with live music, food and drinks, as well as lighting up their famous landmarks green. https://www.sydneycloseup.com/wp-content/uploads/2015/09/patricks-day-sydney-01.jpg

Tokyo, Japan have a 2 day ‘I love Ireland’ festival which ends on St Patricks day, with parades, Irish food and drinks and themed stores for attendees to enjoy.
https://japantoday-asset.scdn3.secure.raxcdn.com/img/store/be/99/6a7fb76711e5855939c744bbfc4cd704ab81/ireland1.jpg

‘What’s the craic?’ Pronounced crack,  – ‘hows it going/whats going on’

‘Wee’ – used to describe someone or something small

‘Eejit’ – an affectionate way to call someone an idiot

‘earwigging’ – listening in to a conversation