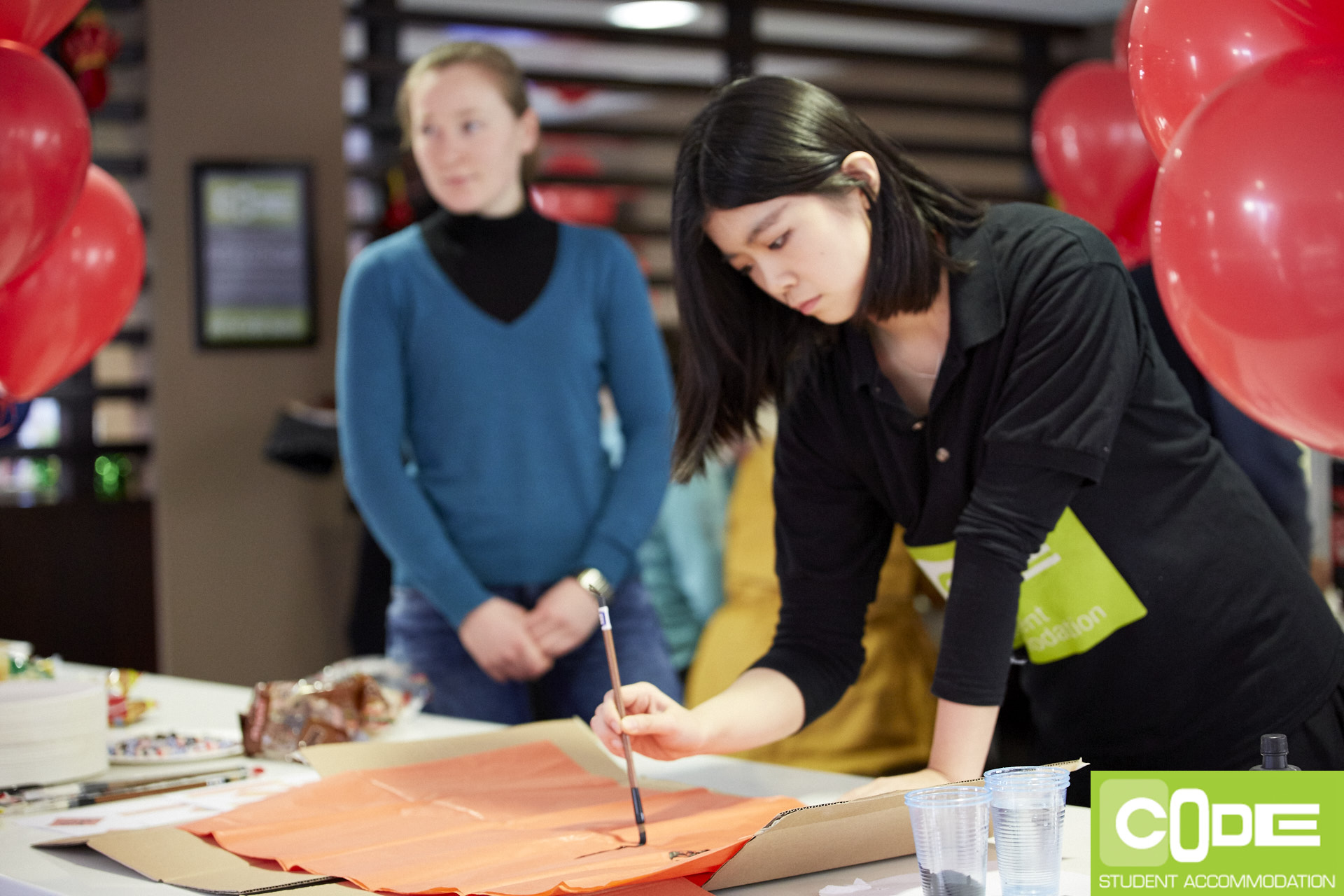 The Biggest event in the Chinese calendar, Chinese New Year is centuries old and has only gained in its significance because of several myths and customs. As it is tied into the lunar calendar, the date changes each year. Typically, it begins with the new moon that occurs between the end of January and the end of February, and lasts until the full moon arrives with the Festival of Lanterns.

This year, celebrations are to be held from Thursday 11th February (New years Eve) – Friday 26th February (the Lantern Festival).

It was originally a time to honour household and heavenly deities as well as ancestors. Whilst this still remains a part of the festivities, it is now tailored more to make the house and home the principal focus. The celebrations are about bringing family together.

What are the luckiest things to do

What not to do

We wanted to help you celebrate the Chinese New Year at CODE, that’s why we are giving you a goodie bag with: