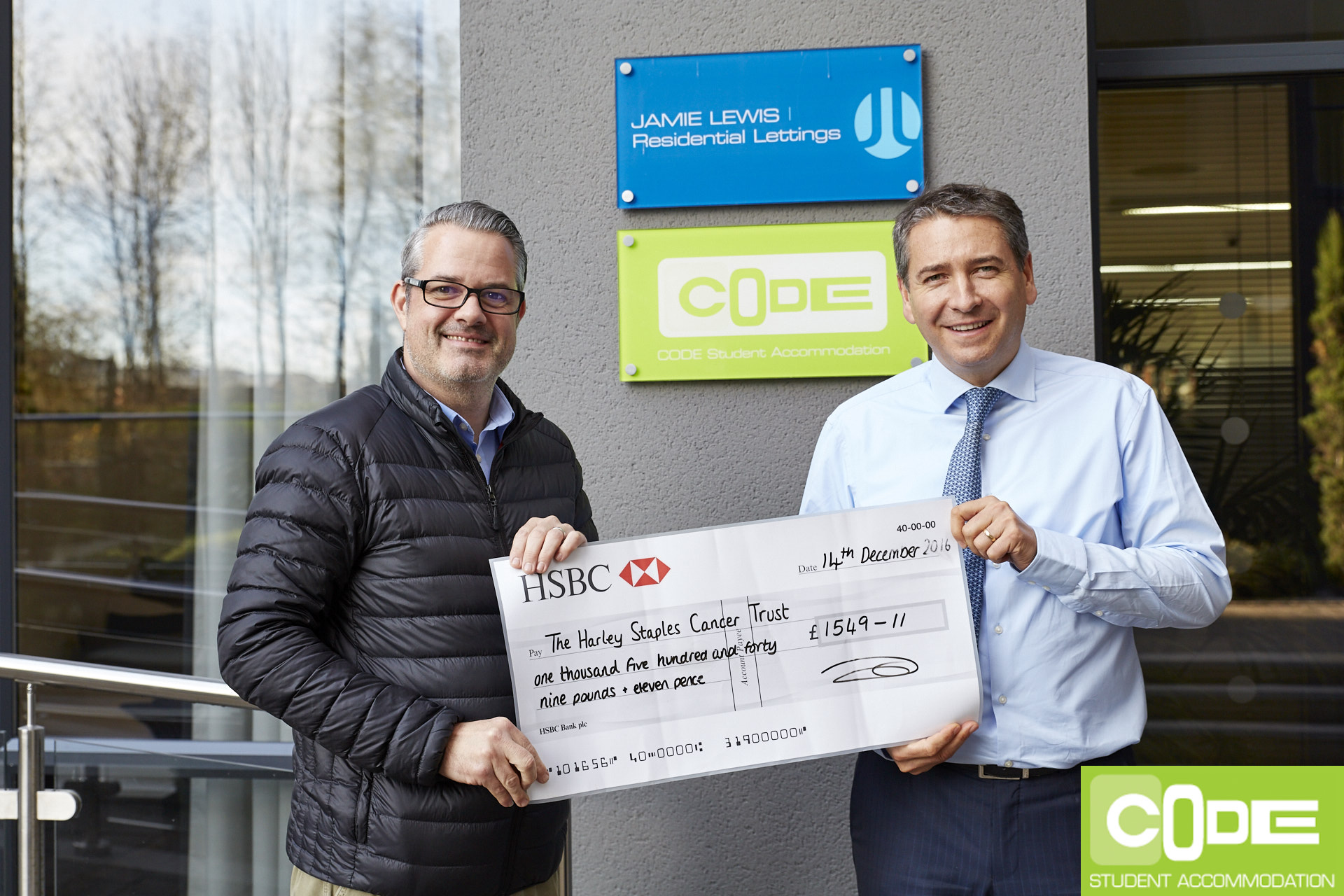 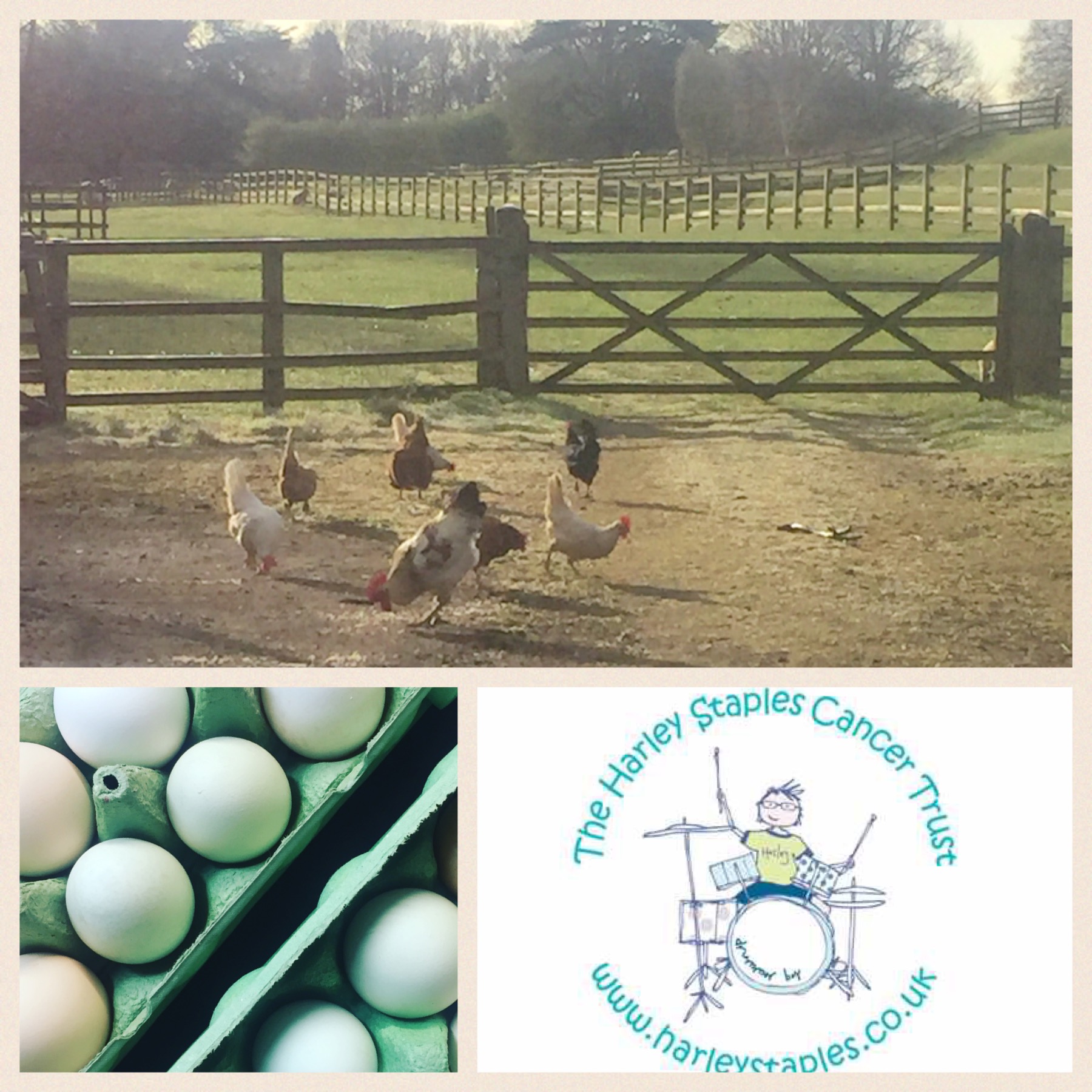 Jamie Lewis was proud to offer a cheque of £1,549.11 to Jamie Staples for The Harley Staples Cancer Trust. The two Jamie’s have been friends for nearly 40 years and so this charity has special meaning to Jamie Lewis Residential & Code Students and it is with great pride we will continue to fund raise in memory of Harley. The money donated today was raised predominantly by Jamie’s children via book sales and selling eggs from their chickens and also via Easy Fundraising. Every penny of this goes to this remarkable charity.

The Harley Staples Cancer Trust is a charity in memory of Harley Staples from Leicester. At just 8 years old he lost his battle with a rare leukaemia B Cell Acute Lymphoblastic Leukaemia Burkitt type in 2009, just 9 months after he was diagnosed.

Harley was such a happy little boy. Loved his drums, watching live music with his Dad, supporting Leicester Football club long before they reached their recent fame and success. He was smart, fun loving and happy. Everyone would remember Harley when you mentioned his name. His happy, confident disposition and most of all his smiley face. Early in 2009 he became unwell and for the next 9 months he and his parents spent most of this time in hospital. During this tough period Harley’s strength of character really shone through as he continued to smile and find happiness through the toughest of times. This radiated out to his immediate family but also to those that had never met him, inspiring so many to fundraise. Initially this money was for potential treatment for Harley, but once all options had been exhausted this money became the start of his charity. A legacy to such a special little boy.

His parents had first-hand experience of the tremendous difficulties families faced when you have a child with cancer. Selflessly they turned their traumatic experience into a positive for others as they set challengingly high aims for their newly founded charity registered in 2010. A small break or holiday would be an incredible release from the day to day hospital life that becomes the norm for many in this situation. A holiday could be something to look forward to, somewhere new memories could be made and fun times could be had. Holidays abroad can be unachievable for many with a poorly child. They may need to be close to their local hospital or they may not be able to get insurance to travel. As a family that already loved UK holidays they dreamt of creating that perfect retreat somewhere close. Somewhere families could relax, have fun, have a break. They started with a caravan in Norfolk, but their aim was a holiday home even closer, with land and countryside nearby.

Harley gave so much love and his legacy has been to continue to receive lots of love as funds are raised in his memory. It’s been astounding. Driven tirelessly by Katherine and Jamie Staples and their supportive family and friends. So many creative and fun new ways to raise money came to be. From cookery books and cake sales to a fantastically well run family festival – Glastonblaby. They raised an astronomical £250,000 in such a short period of time. Then something caught the eye of Katherine and Jamie. A national competition to win a house with Persimmon Homes. A £250,000 house! A public vote followed and with much support from the Leicester community and local paper the Leicester Mercury – six weeks later they won! The home they won was too far away for their needs, so they sold it, saving the money until they found the perfect place. After a long search they finally found their dream bungalow. A peaceful lodge run by Barnsdale Lodge, situated in Rutland. Beautiful views and landscape allow for a real escape from the stresses, strains and worries the families visiting may be going through. Purchasing the lodge for £250,000 means they have sufficient funds to run the lodge long-term and still offer lots of other valuable support to families.

Jamie and Katherine still fundraise, juggling family life with their two young children Gabriel and Annabelle. They still need your support. If you would like to donate, find out more information or indeed enquire about booking the holiday retreat please follow this link: http://www.harleystaples.co.uk/