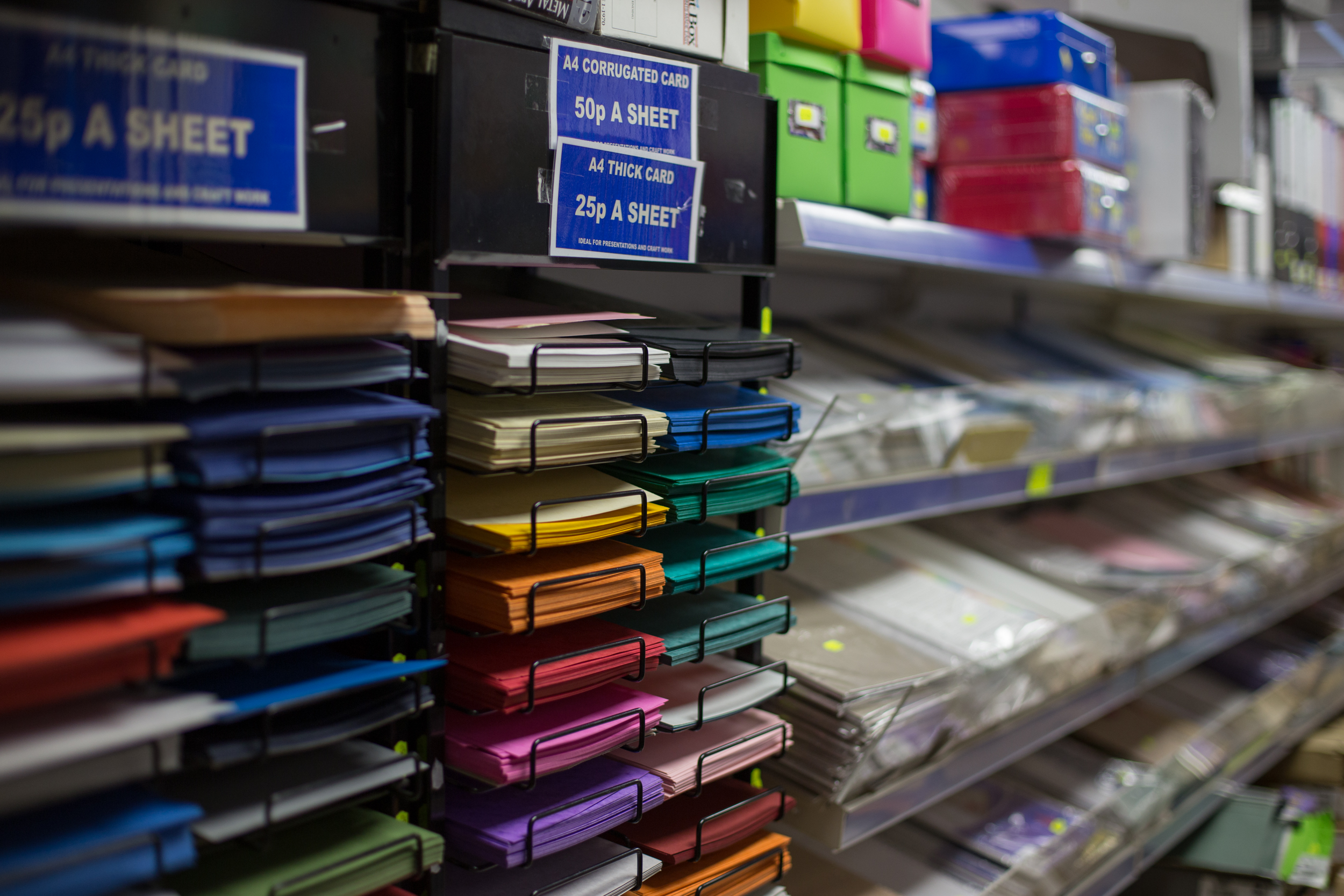 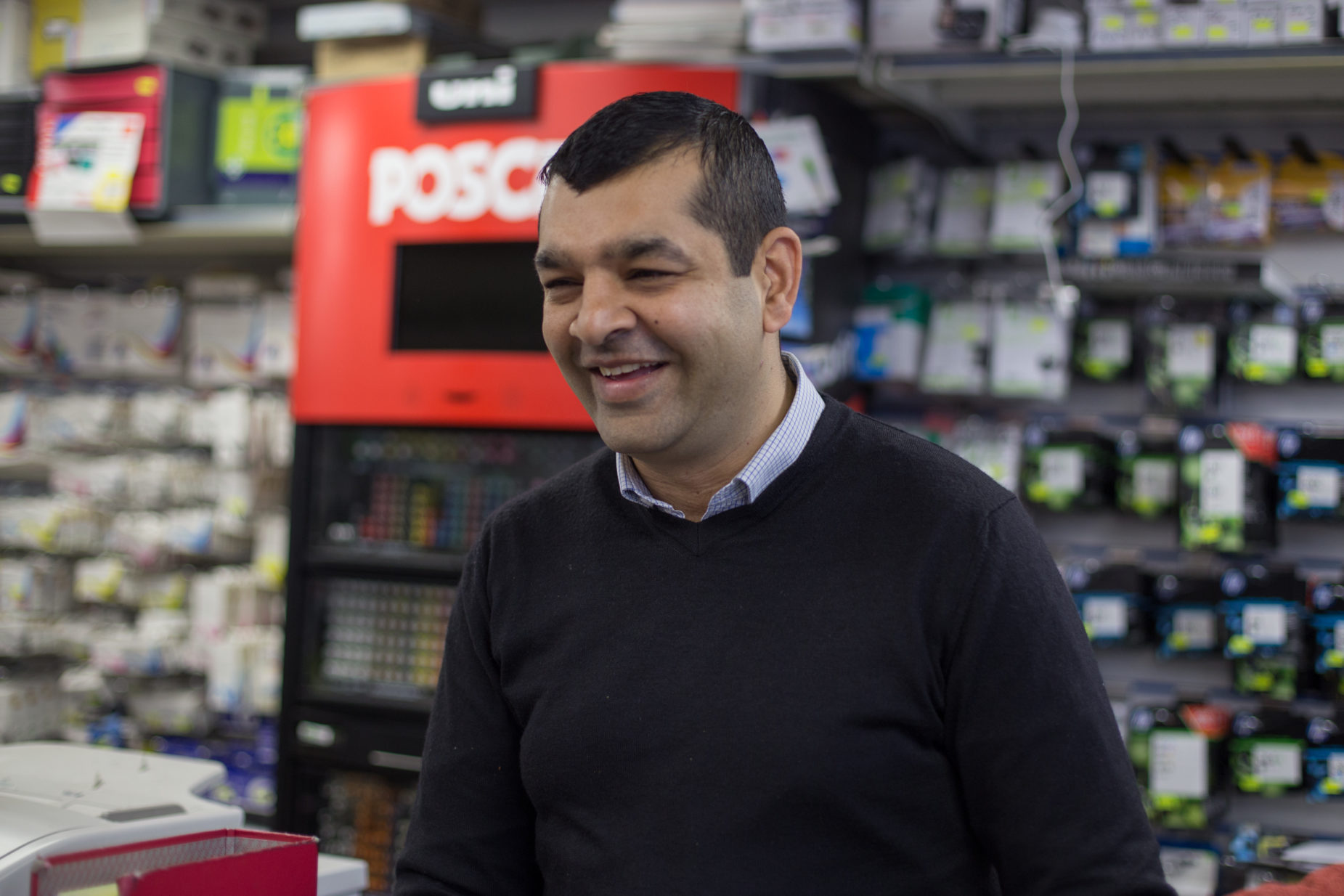 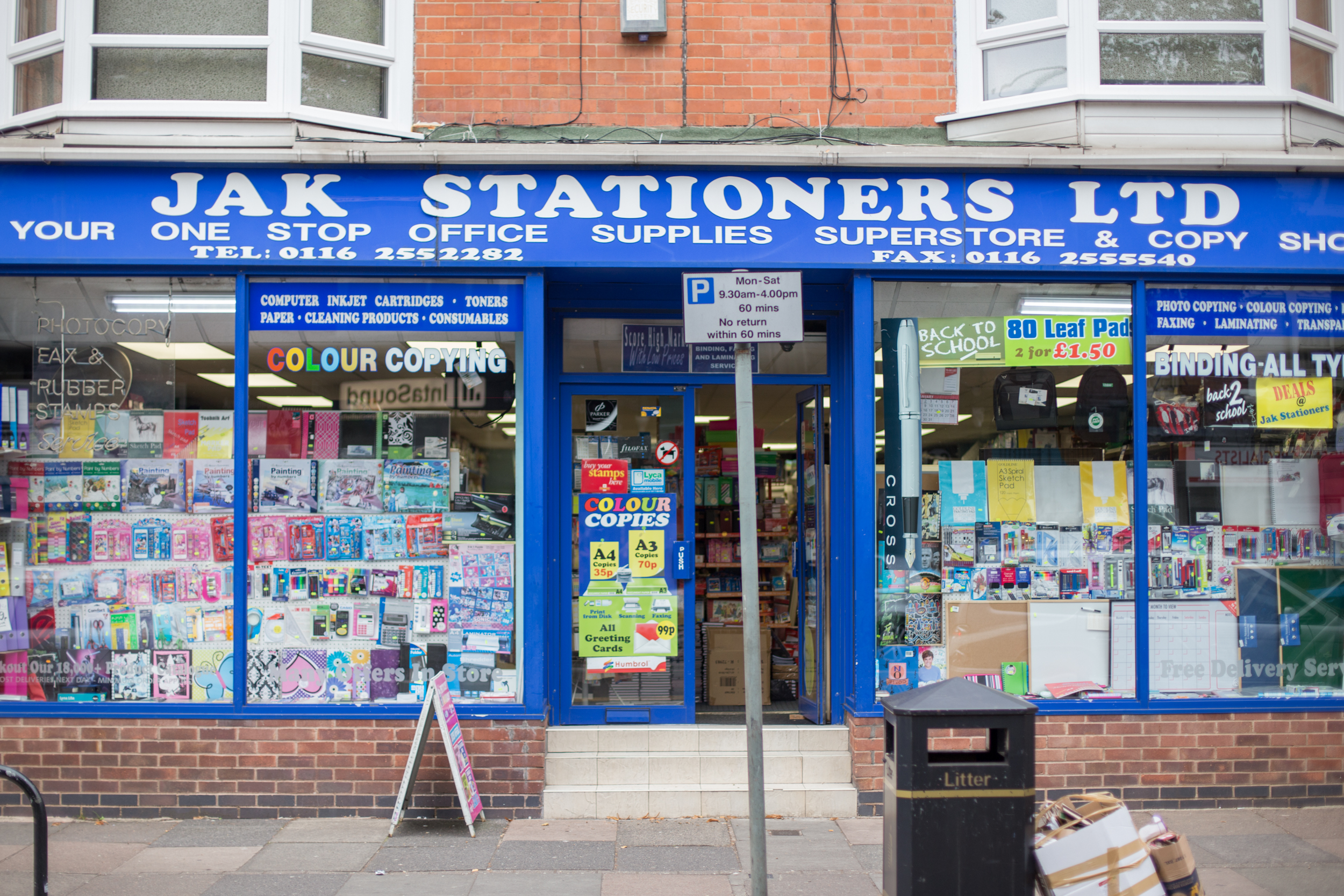 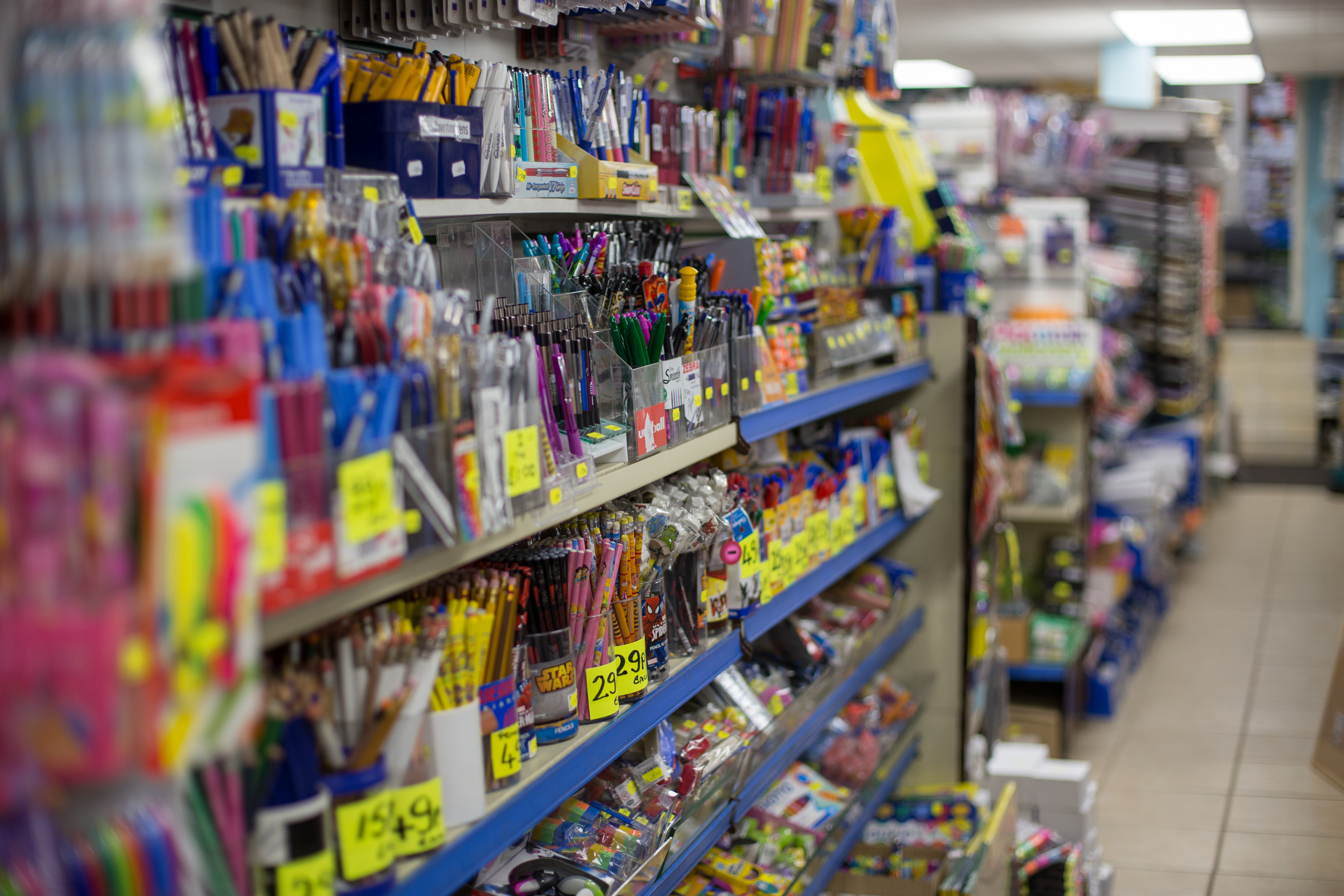 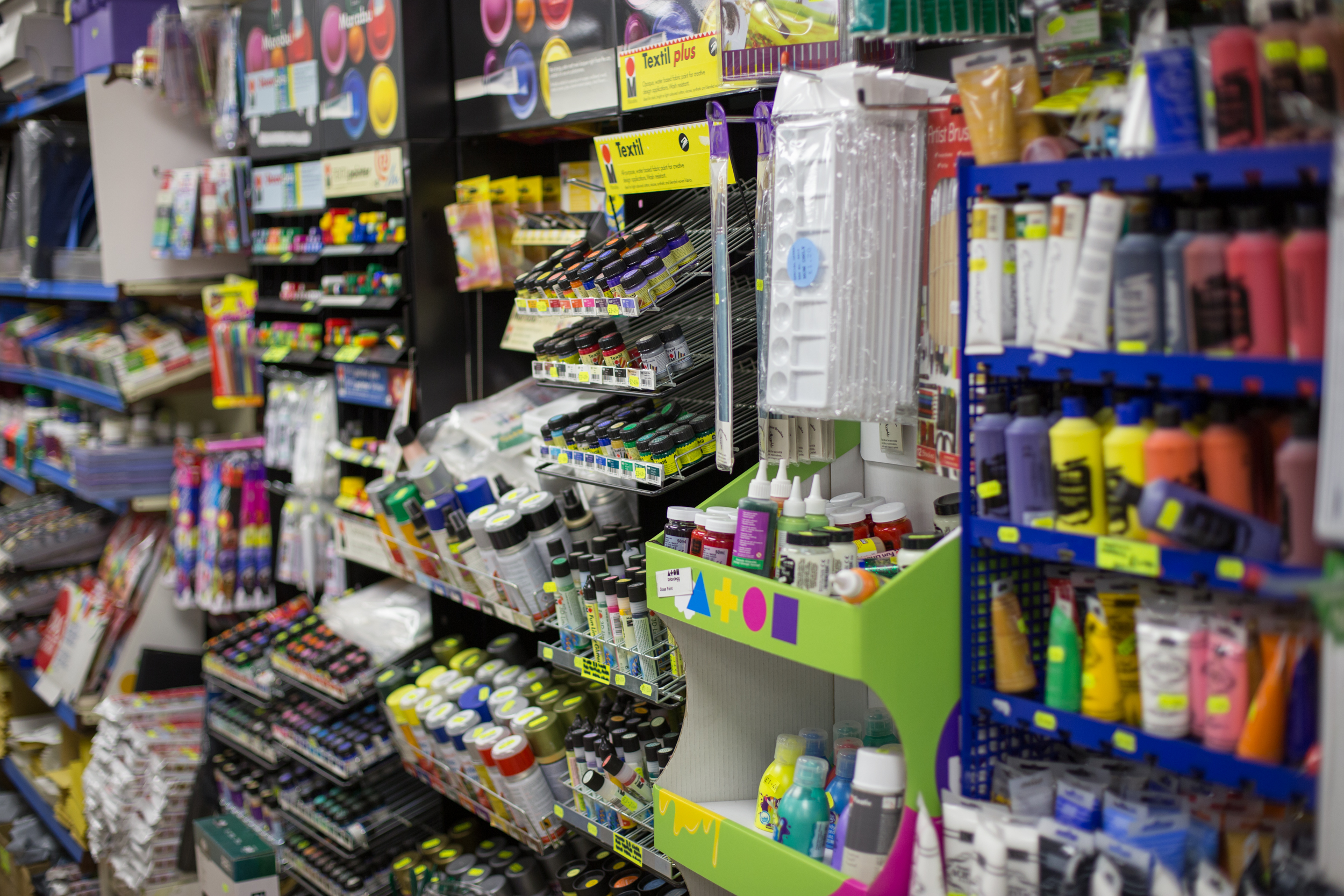 Throughout the last academic year we ran a successful campaign which helped to promote local businesses, to our students which we called #SHOPLOCAL .

To begin the new academic year we have teamed up with an established and respected member of the Westcotes community, Shabir Jakhura, proud owner of Jak Stationers, 79-81 Narborough Road which has been in business for over 30 years!

Everyone knows Jak’s, an Aladdin’s cave of stationary from USB sticks to artists’ pencils. Paper, card, party banners – you think you know everything they sell – but then you turn another corner, find another shelf, and you’re pleasantly surprised yet again! During our time with Shabir a steady flow of locals came in to print documents, buy laminating pouches or children’s stationary. Shabir greets each personally with tailored suggestions and advice. This is just the sort of treatment you dream of and just what you get with a local independent business that really cares. Your customer big or small is so valuable to our local stores such as Jak’s.

Every time you shop at a local independent store you boost and strengthen the local economy in which you live. You are supporting aspiring entrepreneurs such as Shabir. As their businesses grow they go on to help to give the local community it’s unique character.

Narborough Road certainly is unique, famed for its variety and multi-cultural harmony Jak’s is a fine example. Shabir’s family came to Leicester from Malawi, Africa in 1981 to work with family in Leicester. By 1989 they had set up their own independent store and named it Jak’s. Back then the road was renowned for its wholesale clothing business. Over the years these have reduced and we have seen greater variety of shops and eateries. Other changes over the years include the internet, but Shabir has not seen this negatively affect his business. Keeping his price point low with a broad range has been a successful combination.

Jak’s is a family business employing four people, but as yet Shabir’s three children are a little young to decide if they will be following in the family footsteps. Shabir enjoys his work. He always has a smile. We asked him what the best thing about owning Jak’s was?  “I enjoy meeting people, delivering to them. It makes my day go so quickly”.

Shabir is not just a businessman, he is also a key figure in the running of the Narborough Road Islamic Centre with his dad as chairman. They place importance on integration, understanding and sharing within the broad range of religions they sit amongst. Shabir fondly recalls sharing a special time during Ramadan, where he invited Priest Richard Worsfold from Church of the Martyrs on Westcotes Drive to share breaking the fast with him and his congregation. He was particularly touched that the local priest took this a step further and ensured he had also fasted for the day – so he could really share the experience. This sharing of faiths at grass level is where Shabir feels he can shatter misconceptions between religions.

So we say farewell to Shabir and leave Jak’s stationary emporium. Taking the short walk back to Code Students we bump into Matt, the local bobby from Westcotes. We mention our interview and he replies “Ah Shabir! Lovely guy. Everyone knows him round here” which just about sums everything up.

Head over to our Facebook page this week to enter into our #SHOPLOCAL giveaway, where you can win a £25 voucher to redeem at Jak Stationers!